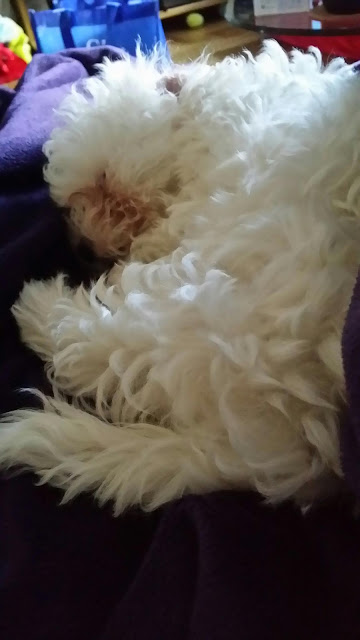 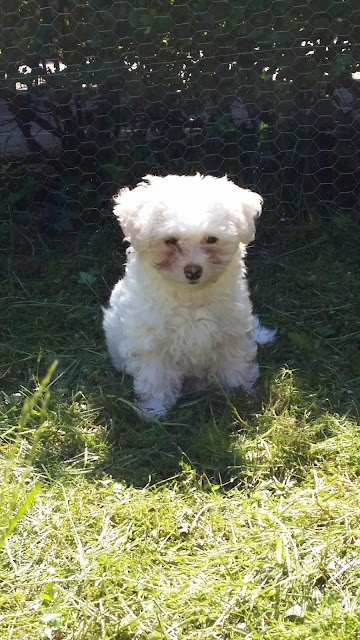 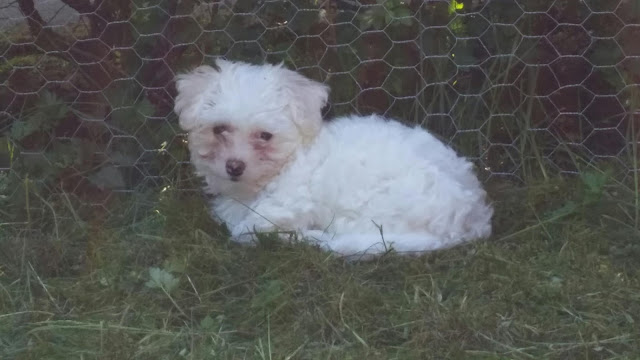 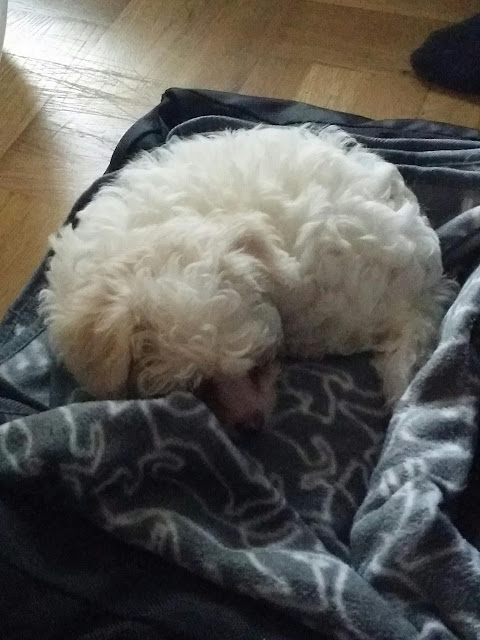 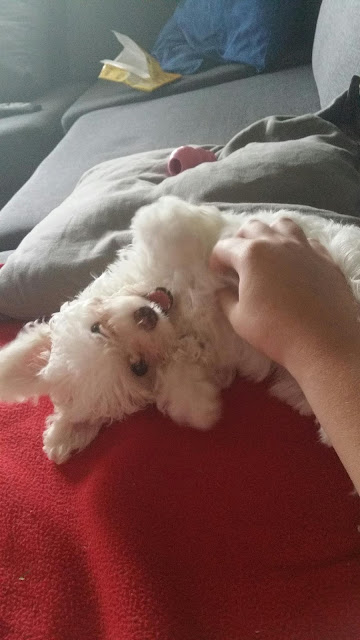 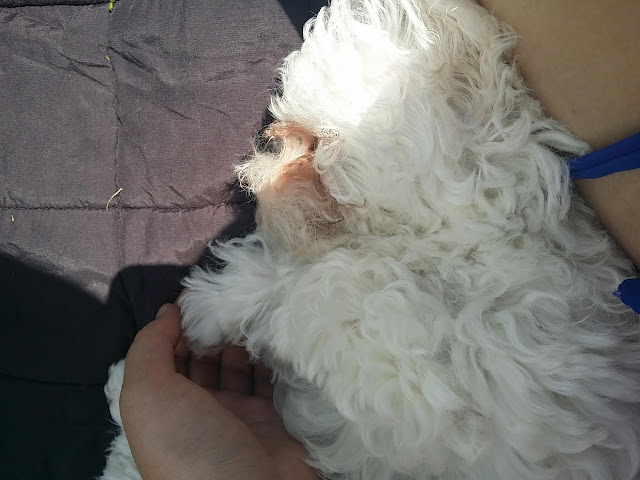 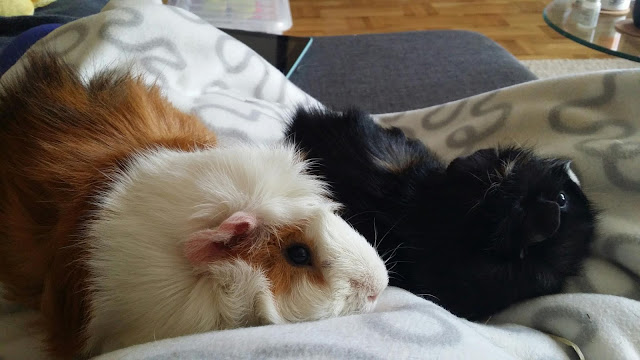 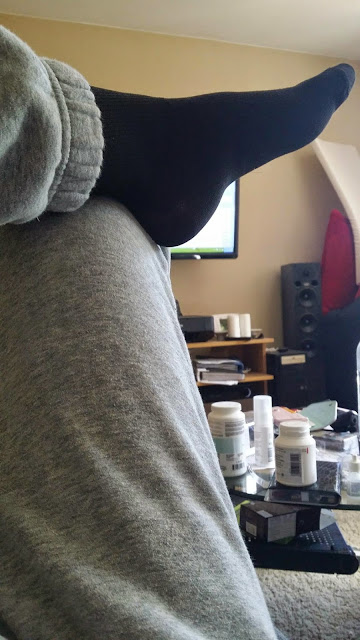 Have been writing on this all day. Or rather: started, paused to rest, started again and written a sentence or two and so on... Thanks illnesses; for my mental and physic fatigue.

So please, spread some ME and fibro awareness. On social media, wear something blue or purple, take a selfie and post, or just post a blue or purple pic with a short explanation. THANK YOU

Why 12th of May?
12th of May was Florence Nightingale's birthday, and from 1857 until she died 1910 is believed by some that she had ME, fibromyalgia or some similar illness, possibly brought on by brucellosis. She was intermittently bedridden and depressed but kept being productive from her sickbed.

I wrote this on my instagram account for my pets:
"I'm sorry about the lack of updates today. Have had the guinea pigs out in the garden and put up their pen to the outdoor cage, that was enough to make me ill for the rest of the day. Worth it, I'll do anything for my pets, but it sucks that I can't do more. That's due to two illness called #ME #MECFS & #Fibromyalgia.
These illnesses have made me more or less housebound, I can't work or study, I can't go out to party or even to have a coffee with friends. My pets are what keeps my nose above the water. Unfortunately as you can't see these illnesses on the outside, you can't find them in a blood test or on any other type of medical test they are little known and don't get a lot of money for research. This is a bit of a catch 22 as the people trying to find the reason for the illnesses don't get money because no one knows the reason!
If you wanna help change this, so that people like me will be believed and have a chance of finding a cure, please spread awareness. Tomorrow, on May 12th,that can be by wearing something #blueforme and/or #purpleforfibro and tag your post with those hashtags and #MEAwareness and #fibroawareness. Also check out the websites investinme.org (UK) and/or rme.nu (Swedish) THANK YOU!!
#guineapig #marsvin #cavy"

Research and funding
Unfortunately ME & fibromyalgia research is grossly underfunded. This report from the U.S. Department of Health & Human Services shows that ME (under C for Chronic Fatigue Syndrome (ME/CFS) gets about $5 million and Fibromyalgia around $11 million a year in reasearch money. That may sound a lot to us, but compared to a similar illness, MS that has about a third of the amount of sick people ME has, and even less compared to fibromyalgia, gets over $100 million. So they should, but so should ME and fibro. That's not even one of the illnesses that gets a lot of research money, HIV/AIDS gets over $3'000 million per year, (yes, 3 billion dollars), again as they should, but why does tobacco get over $320? AND "Smoking and health" another + $320 a year? No offence, I've been a smoker, but the answer to how to prevent tobacco related illnesses is QUIT SMOKING! Why does Global Warming Climate Change get as little as ME? I can't find it there but I've heard that Male baldness gets a ton of money... mmm important stuff... But I'm rambling now. My point is, we need funding. From anyone who can spare a penny, cent or öre.

Is ME and fibromyalgia deadly?
Unfortunately, in severe cases or moderate cases who tríes to push their bodies, ME can lead to heart or organ failure. For more on this, read this blog post by Documenting M.E.
I haven't heard of Fibromyalgia being fatal, but as with ME, the body gets tired from being in constant pain and that can lead to a shorter life.

The previously released report on ME/CFS by Institute of Medicine in the US:
Report 2015 ME/CFS
Brief (pdf)
Diagnostic Criteria for ME/CFS

I'm sorry that this blog post has been a bit jumpy. It's difficult to keep your thoughts in one place when your brain feels full of cotton, your muscles are week like spaghetti, your body hurts like you've been hit by a bus and then you spas and the laptop and you jump around in bed. Not the best writing conditions.

So please, if you've gotten this far, spread some ME and fibro awareness. On social media, wear something blue or purple, take a selfie and post, or just post a blue or purple pic with a short explanation. THANK YOU

Jonna
Göteborg, Sweden
Was diagnosed with fibromyalgia and ME (myalgic encephalomyelitis)in Mars 2013, after 3 years of pains and exhaustion. Started law studies in August 2012, so got a lot of fun years ahead. 4.5 years education in total,should have finished in January 2017 but unfortunately got worse and had to take a break starting in December 2013. It's one of the worse things with the illnesses, and a huge grief for me that I had to give up law school. I have accepted that I won't go back any time soon. Unfortunately, the government hasn't. They don't accept that I'm sick, even though I don't even get out once a week, and when I do, it's in a wheelchair, with help... I live with my ah-mazing boyfriend, he's a saint for putting up with me and treats me like a princess. Most of the time anyway ;) But seriously, I don't know how I would manage without him, in my bad periods he takes care of most of the household chores and puts up with a tired sad girlfriend.